Repost: because it got lost in the shuffle: As Promised… Jamieson Wolf

Repost: because it got lost in the shuffle: As Promised… Jamieson Wolf

And just in time, as my space bar has decided to only work part time. Now I need to smash it to get it to work, and have broken a nail.

The trials of being a writer, I tell you!

Without further ado, or spaces….
“Giving Me the World
I used to be terrified to date. I was worried that men would judge me unworthy of their attention when I should have judged them unworthy of mine. My self-worth was so low that I equated sex with love.

Dating was made more difficult when I was stricken with Multiple Sclerosis on New Years Eve 2012. Now men not only judged my looks, they were afraid of me or they belittled me. When I was still walking with my cane, I had one man wave his hand at it saying “What’s that?”

I looked at my cane and then at him and said “It’s my cane.”

He rolled his eyes and said “Yes, but what are you doing with it?”

I remember my mouth opening up wide in wonder. When I closed it I replied: “I need it to walk.”

He scoffed. “Well, it must be nice being half a man.”

I had another man call me broken, still another who asked me why I persisted in pretending I had some disease when I could be whole and healthy if I chose to. I had one ask me how I could be so happy when I was so sick.

“Because I choose to be.” I told him.

After a string of horrible dates, I had given up on men. My dating life hadn’t been too great to start with, now it was the shits. However, just when I had given up, I met Michael.

He was an entirely different kind of man. He didn’t judge me, didn’t reprimand or make fun of me. Instead, he supported me and loved me completely.

It took a little while for me to trust him and not to run away. I wanted to run at first because he wasn’t treating me terribly. I know that sounds horrible, but anyone that has been in an abusive relationship will understand.

When Michael told me that he loved me the first time, it was as if a sun went off inside of me, filling all of me with a vibrant light. I remember standing there for a few seconds before saying “I love you too.” And the light increased.

He really has given me the world and so I wrote this poem for him. Love you Michael.

You Have Given Me The World
From the moment

to me, I’m making 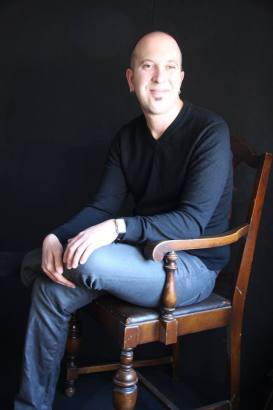 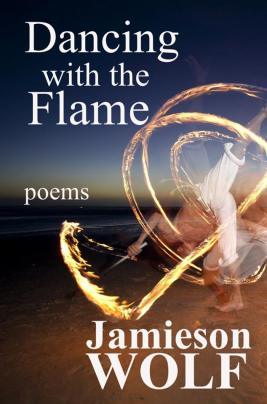 Twitter: www.twitter.com/jamiesonwolf
Buy a copy of Dancing with the Flame here: